Weather in UAE starts cooling down. 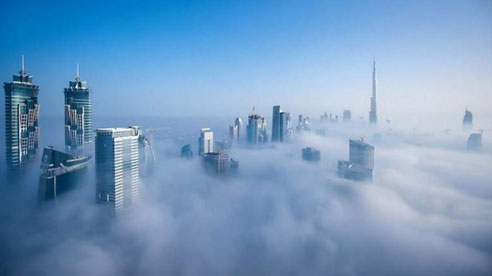 According to astronomers, weather finally starts turning cold by August 24.

It is time to say goodbye to hot and hazy days and months as the cold windy days are about to approach in the country.

Ebrahim Al Jarwan, General Supervisor of Sharjah Planetarium, said that the appearance of the Suhail star in the constellation Vela on August 24 means that summer will be drawing to a close and winter is on its way.

The Suhail star in Arabic, often known as Lambda Velorum, the third-brightest star in the constellation and one of the brighter stars in the sky, is expected to rise just above the southern horizon and expected to shine until late winter in the Arabian Peninsula.

Al Jarwan explained that the weather will continue to get hotter and more humid, right until the Suhail star appears during the second half of August, which indicates the last season of the heat.

Al Jarwan added, "The Suhail star, like all other stars, appears for a while before disappearing for the rest of the year."

On August 24 of every year, the star appears in the sky until it reaches its highest altitude of 12 degrees above the southern horizon by the end of December.